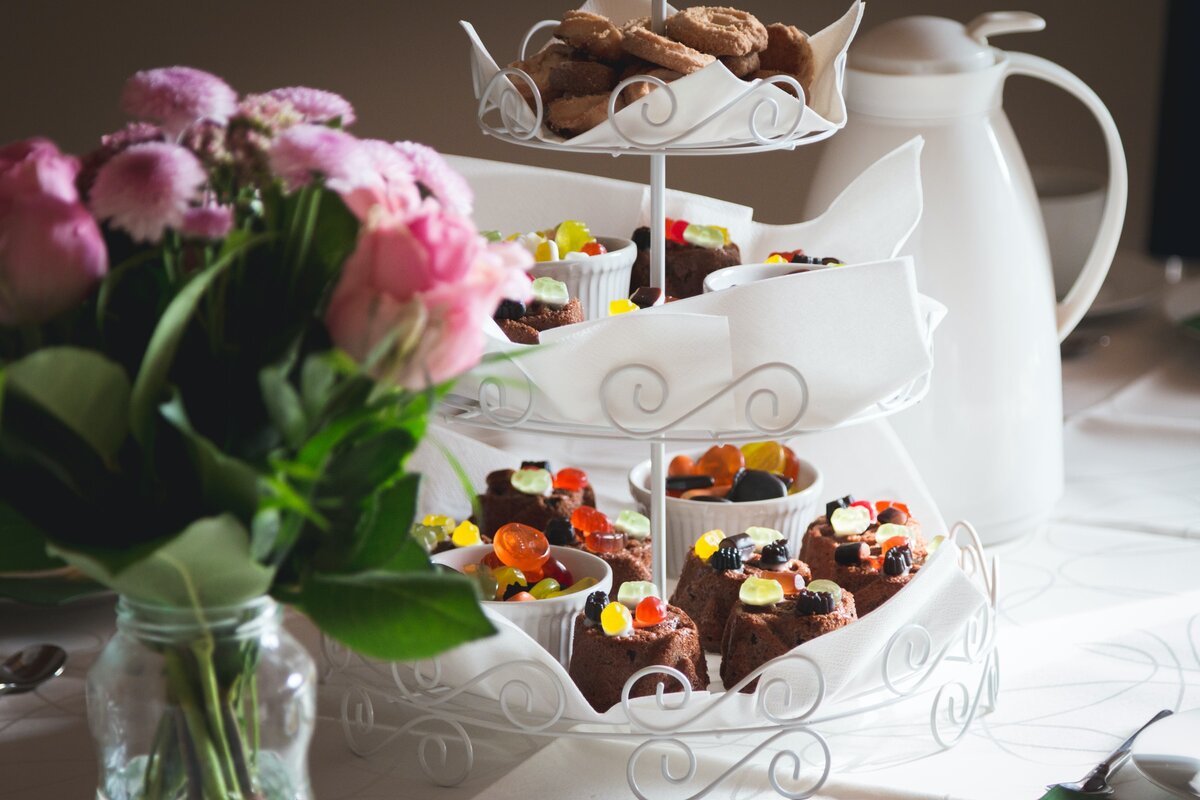 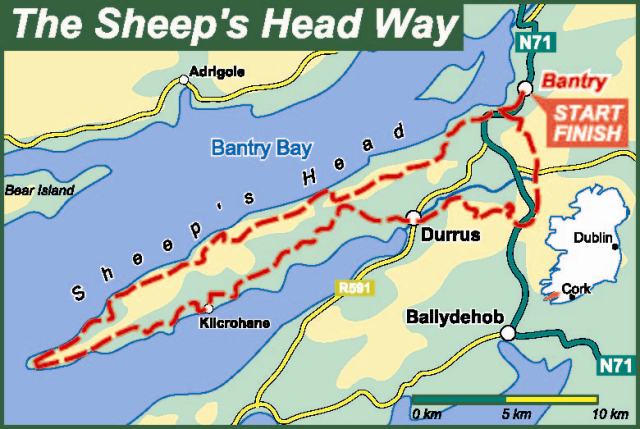 Sheep’s Head is the narrowest of the fingers of land that extend from the south west mainland of Ireland out into the Atlantic, between Bantry Bay and Dunmanus Bay. The Sheep’s Head Way is an 88km circular walking route beginning in the town of Bantry in County Cork and running out along the north coast of the peninsula to the scenic lighthouse at the very tip before returning along the south side, passing through the pretty villages of Kilcrohane, Ahakista and Durrus.

The narrowness of the peninsula means that you are never far from the glorious Atlantic Ocean when you walk, even when on the outward stretch when you climb to the route’s highest point, 300 metres above sea level, on the heathery Seefin ridge. The terrain is very varied, and includes old boreens, open grassy and heathery moorland, field paths, quiet country roads and some short stretches of woodland paths. The aggregate ascent over the whole route is 2460m, which includes a few long ascents. In good weather those who like the uplands can extend the ridge section of the route, or use a number of alternative loops. The remains of an old copper mine, a blow hole, stone circles, standing stones, high cliffs, a Napoleonic signal tower and old churches are some of the varied attractions to be discovered along the way, while careful observance and a lot of patience may be rewarded by the sighting of dolphins and whales off the westernmost tip of the headland. There are also some shorter loop walks connected to the Sheep’s Head.