In Clonakilty you can visit the Clonakilty Model Village. When you walk into the village you step back in time and see life as it was in the 1940's. See the old West Cork railway line portrayed in a delightful miniature serving the towns. The models and figurines are all handmade at the model village to a scale of 1:24.

Then on to Clonakilty town for a spot of shopping for those souvenirs of your holiday. Clonakilty is the home to The National Michael Collins Memorial Statue. The statue was unveiled by the actor Liam Neeson on August 22nd, 2002. Michael, one of the greatest military and policital leaders in Irish History was born in Woodsfield, Clonakilty in 1890.

Then relax after your day of sight-seeing and shopping, with a leisurely drive back to Skibbereen, taking in the beautiful scenery of the surrounding areas. 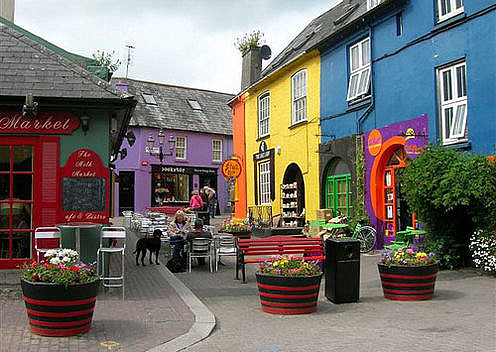 Start in Skibbereen and travel to Timoleague. When in Timoleague you will have the opportunity to visit Timoleague Abbey.

Timoleague Abbey stands picturesquely at the waters edge at the head of a long sea inlet. In its day it was one of the largest and most important religious houses in Ireland. It was founded by the MacCarthys for the Franciscans in 1240.

Then you can take the costal road to drive to Kinsale, taking in the amazing views along the way and passing through Ballinspittle, famous for its moving statue of the Virgin Mary, which celebrated its 20th anniversary this year. While on the way to Kinsale you will visit Charles Fort.

Charlesfort was constructed in the late 17th century on the site of an earlier coastal fortification. Charles Fort is a classic example of a star-shaped fort and has five bastions. The two seaward bastions, the Devil’s and the Charles' were for defending the harbour and both are casemated – that is, they have gun embrasures inside as well as on top of the walls. The North, Flagstaff and the Cockpit are the three landward bastions and all three had a brick sentry box at their outermost point, two of these still survive.

From there to Kinsale, one of the most picturesque, popular and fashionable resorts of the south-west coast of Ireland. In Kinsale you can have a spot of lunch

Then a relaxing drive back to Skibbereen for a rest after your long and enjoyable day.

Begin your tour with a leisurely drive from Skibbereen to Mizen Head, via the lovely town of Durrus and around the stunning Dunamnus Bay. Dunamnus Bay is one of the most beautiful natural Bays in the area and it’s been kept clean and tidy by all the very proud local people. Next pass through Goleen village and on towards Mizen Head. 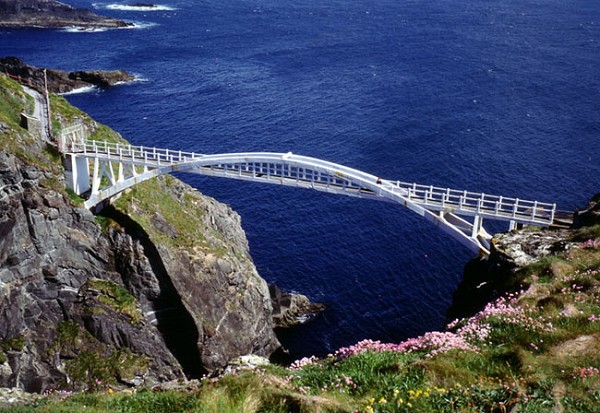 In Mizen Head you will have the opportunity to take a look around there renowned visitors centre, the centre has three experiences for you to enjoy. The site ranges over a dynamic new centre at a car park, the keepers' quarters below, numerous enchantments on the way along the path and over the bridge. Some of the experiences include the Mizen Experience, The Keepers’ Kitchen and bedroom, The Engine Room and The Maps and Archives Room.

Schull is a beautiful picturesque town with breath-taking views and is amazingly charming local people.

Start the tour with a leisurely drive from Skibbereen to Bantry. On arrival in Bantry, visit Bantry House and Gardens and the French Armada Centre. 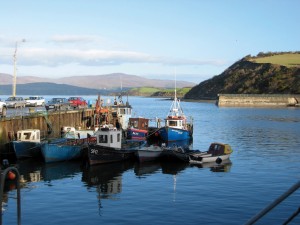 Bantry House is a stately Home overlooking Bantry Bay. It is owned by Mr. & Mrs. Shelswell-White.
Since 1945 the house containing its important collection of furniture, tapestries and objects d'art has been open to the public. Bantry House is the ancestral home of the Earls of Bantry, still lived in by their descendant.

Over 200 years ago, in the winter of 1796, a formidable French Armada, inspired by Theobald
Wolfe Tone and the united Irishmen and under the command of Admiral Hoche, sailed from Brest in France. Their purpose was to invade Ireland, put an end to British rule and establish an independent Irish republic. The Armada Centre records this amazing episode of Irish history and includes an individual sound tour complete with accompanying music and sound effects, in the choice of several languages.

After taking in the history and beauty of Bantry House and Gardens, you can take a stroll around Bantry Town for some retail therapy. Then a short drive to Glengarriff, on the way stop for a spot of lunch. 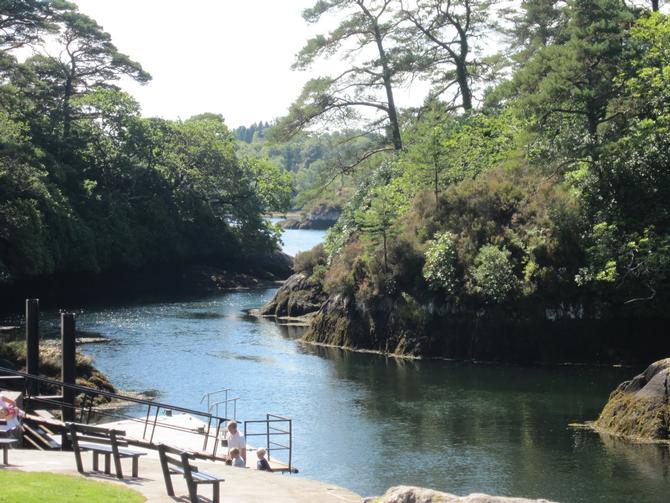 A ferry trip across to the beautiful gardens on the lovely Garnish Island.
Garnish Island is located in the located in the sheltered harbour of Glengarriff in Bantry Bay. Ilnacullin (as it is also known), is a small island of 15 hectares. The gardens of Ilnacullin owe their existence to the creative partnership, some seventy years ago, of Anna Bryce, then owner of the island and Harold Peto, architect and designer. Ilnacullin is renowned for its richness of plant form and colour, changing continuously with the seasons. The vivid colours of Rhododendrons and azaleas reach their peak during May and June, whilst the hundreds of cultivars of climbing plants, herbaceous perennials and choice shrubs dominate mid summer period from June to August.

A trip to Goughane Barra
Goughane Barra with its beautiful oratory and stunning scenery is very popular for weddings as well as sightseers and locals alike. The name Guagan Barra derives from St Finbar, who according to tradition built his monastery on the island here in the 6th century. The ruins on the island are not part of St Finbar’s original settlement but were erected around 1700 by Rev. Denis O Mahony who, following the footsteps of St Finbar, retired to a life of asceticism here. Because of its isolation, in the days of the Penal Laws people traveled from areas far beyond the bounds of the valley to hear Mass in Guagan Barra.

From Goughane Barra return to Skibbereen, passing through towns and villages such as Ballingeary, Inchigeelagh, and Dunmanway.

For more ideas about what there is to do in the West Cork region, explore Things to do in West Cork